The word encanto translates to enchanted or charming, which is quite suitable for this beautiful midtown neighborhood.

When El Encanto was established in 1928, the area of Country Club Road between Broadway Boulevard and 5th Street was on the far east side of Tucson, just outside city limits. El Encanto Estates took advantage of the close proximity to the El Conquistador Hotel, a newly built upscale resort. Unfortunately, the hotel was torn down in the 1960s to make way for the El Con Mall. As the Tucson population grew through the years, the El Encanto area is now in the heart of town, making it a convenient location to the University of Arizona, downtown Tucson, shopping, and restaurants. 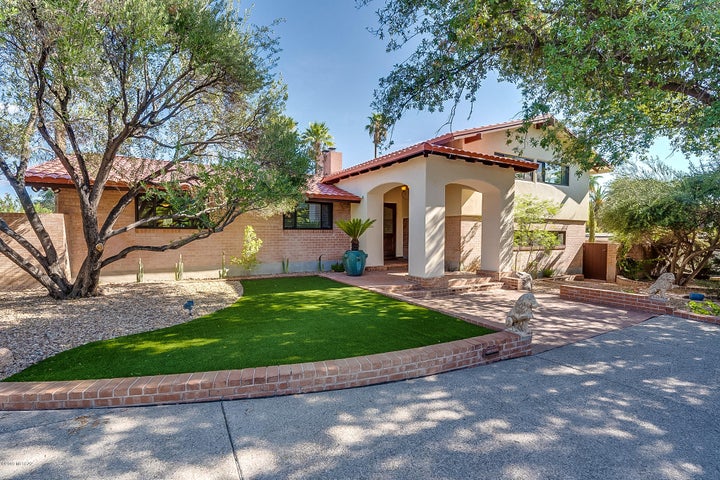 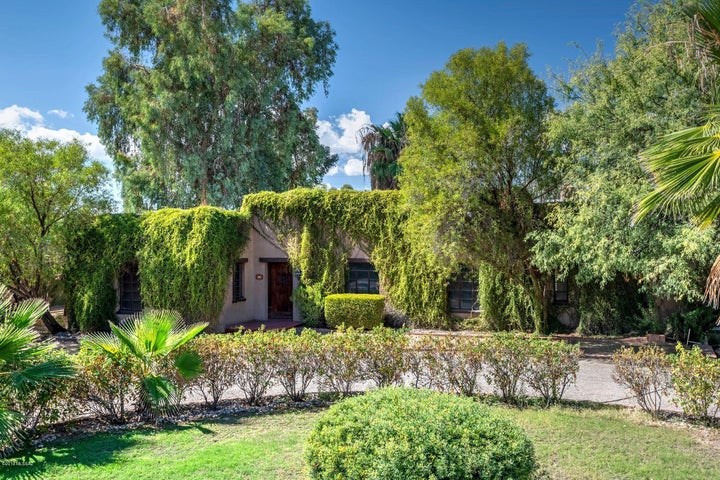 Thinking about buying or selling a home in El Encanto? Contact Nick to go over your options: Nick@RealTucson.com or 520-975-8956

A Brief History of El Encanto

The land that El Encanto Estates occupies was first homesteaded in 1907 by Henry J. Blaise. Blaise was a cattle rancher and miner, born in Ohio in 1861. In 1910 the land was seized from Blaise due to $466.30 of debt owed to Albert Steinfeld. The land was sold a few more times before development started on El Encanto Estates in 1928. The developers were lawyer William Guerin Jr., Leroy James, and land speculator William Powhatan.

The street names were chosen in a contest which requested Spanish names and their English translations. 600 entries were submitted and the winners were awarded $5 per winning entry. Some of the winning names were: Calle Resplandor (Splendor Street), Calle Belleza (Beauty Street), Calle de Amistad (Friendship Street), Calle Portal (Entrance Street), and Calle Mirasol (Sunny View Street).

Many homes designed by prominent architects

Deed restrictions that were in effect until the early 1960s required architectural review of all building plans by Tucson architect Merritt Starkweather. Starkweather continued to review all plans until the 1970s. These initial deed restrictions specified that all homes had to be upscale versions of Southwestern Revival style including “Moroccan, Spanish, Italian, Mexican, Indian, or Early Californian Architecture”, but as those styles went out of vogue, Starkweather also accepted ranch style and more modern styles as well. Starkweather is best known for his work designing the Arizona Inn, commissioned by Isabella Greenway.

Most of the homes in El Encanto were built between 1929 and 1961. Many prominent Tucson architects designed these homes, including: Josias Joesler, Anne Rysdale, Arthur Brown, Henry O. Jaastad, Bernard Friedman, Friedman & Jobusch, Frederick Eastman, and Merritt Starkweather. And due to the strict deed restrictions, nearly every home built in El Encanto, prior to the 1970s, was designed by an architect. The styles of homes range from Spanish Colonial, Ranch, Mission Revival, and other revival styles popular in the period.

Some of the most unique things about the neighborhood is the symmetry of the spoke-shaped streets, the palm tree lined roads, the impeccable landscaping, and the 200′ diameter round park in the center of the neighborhood. The neighborhood has an upscale, attractive appearance that’s partly due to the Baroque Revival subdivision plan.

Homes in El Encanto Estates tend to be large, most are between 2,000 and 5,000 square feet. Guest houses or casitas are fairly common. Lot sizes vary from 1/4 acre up to 1 acre.

The neighborhood was entered into the National Register of Historic Places in 1988. For owner-occupied, contributing properties this can mean a significant savings on property taxes.