If you would like to live in one of Tucson’s oldest, most historic properties, a home on Convent and Meyer Avenue might be for you. These narrow avenues, just south of downtown Tucson, are full of colorful mud adobe buildings loaded with character. Most of these buildings are old, but some have built recently and designed with a similar aesthetic to blend with the original structures.

Search homes for sale on Convent and Meyer Avenue 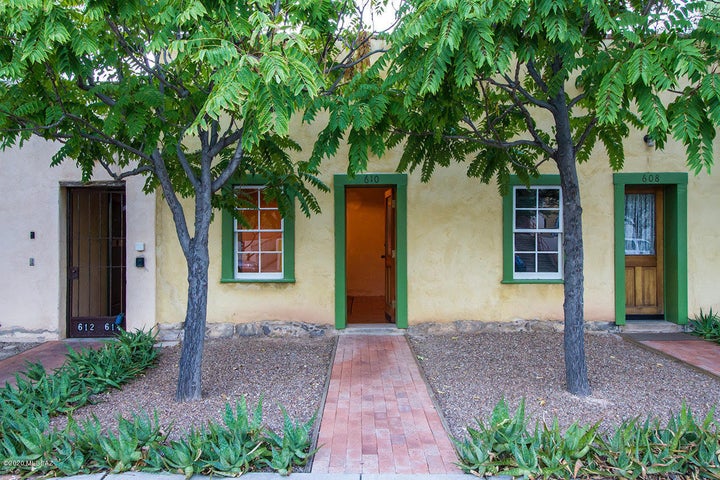 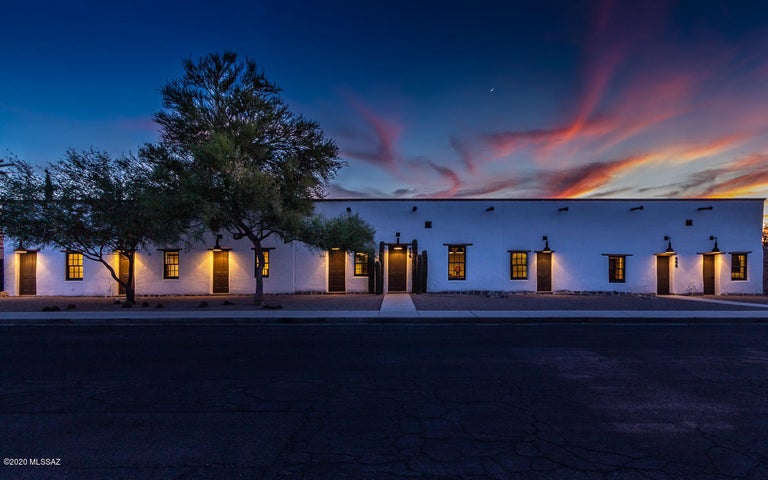 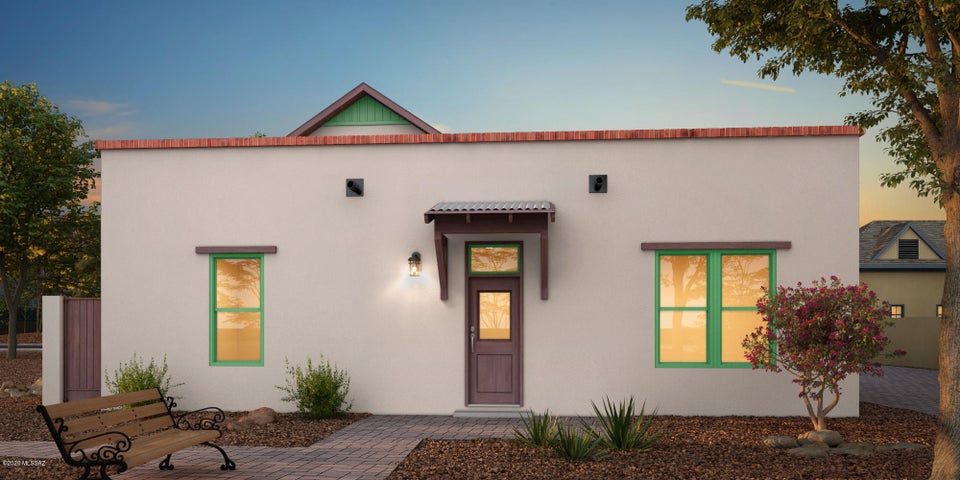 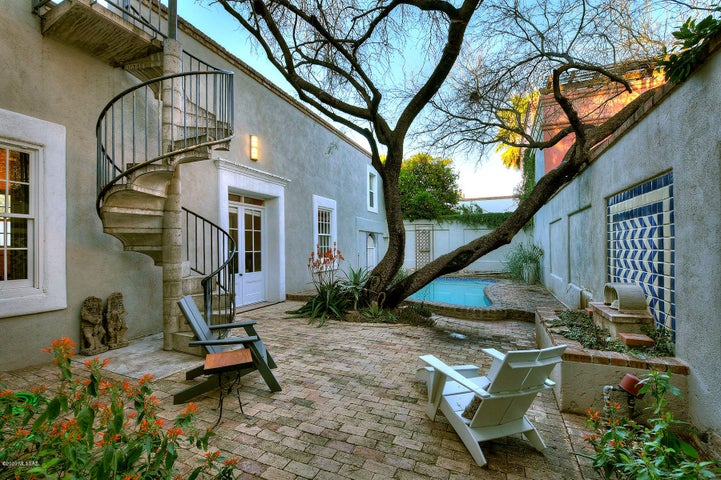 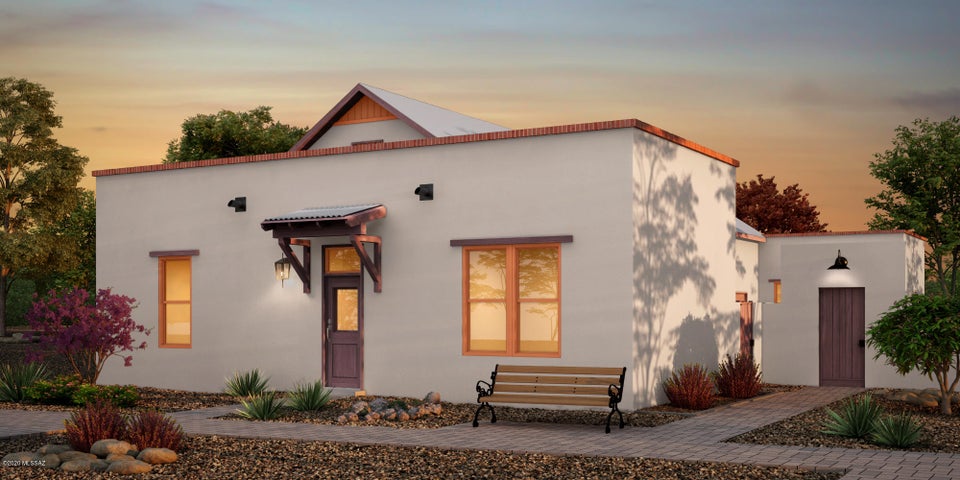 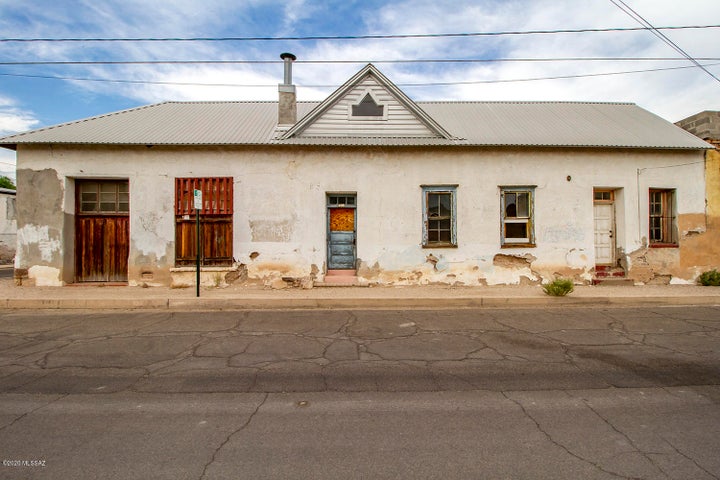 Search homes for sale in the Barrio and nearby neighborhoods:

The Convent and Meyer streetscapes were built beginning in the 1850s and continued until the early 1900s. Both avenues have had key properties that have been lovingly renovated. These avenues are significant because of the diversity of notable structures and a rich cross section of architecturally significant styles, including Sonoran (1850-1890) Transformed Sonoran (1863-1912), and Transitional/Territorial (1880-1900).

The barrio was designed to be mixed use where residents lived within close proximity to local businesses since this was in an age before the automobile. Businesses included bakeries, grocers, butchers, and saloons. The business owner’s family may have lived in the back portion of the store. Commercial space was frequently noted by a chamfered entry wall, and usually were located on the corner unit.

An example of a well-preserved commercial building on Meyer is the Theatro Carmen which Founder Carmen Soto Vasquez opened on May 20, 1915. It was one of the first theaters in Tucson dedicated to Spanish dramatic theater.

Preservation became very important to barrio residents after large portions of the neighborhood were bulldozed in the 1960s for construction of I-10  and in the 1970s during a nationwide urban renewal effort which brought about the Tucson Convention Center. These two events prompted preservationists to list the area on the National Historic Registry before more of this important heritage was lost. Luckily we still have some excellent examples of barrio architecture that have been preserved.  In recent years, the area’s rich history has captured the imagination of many, including noteworthy celebrities.

Do you need help buying or selling a home in the Barrio area of Tucson? Contact Nick today: Nick@RealTucson.com or 520-975-8956

If you would like more information regarding Tucson’s historic neighborhoods, please contact Nick Labriola at
Nick@RealTucson.com or 520-975-8956

Chances are, you haven’t heard of Annie Graham Rockfellow. Somehow, Arizona’s first female architect got pushed aside in local history for several decades. So, who…
Read More

Henry Jaastad was an important local figure in the early 20th century for 2 main reasons. One, he was a prominent Tucson architect, designing about…
Read More Live Near The Loop! Searching for homes for sale near The Loop is easy regardless of what side of town you prefer since The Loop…
Read More