Windsor Park is a small community of roughly 125 mid-century modern homes on Tucson’s northeast side. Windsor Park was developed in 1962 by J. Herbert Oxman, with homes designed by David Swanson from the Tucson architecture firm Ambrose and Swanson. Oxman came to Arizona from New York in 1961 and started building in Tucson in 1962. In 1963 he won the “Best Home for the Money” award from American Home Magazine. Architect David Swanson moved to Tucson in 1950 after earning an architecture degree from University of Oregon.

Built in 3 phases with models named Camelot, Manchester, Presidio, Carmel, Taos, and Balboa, Windsor Park was advertised as ‘almost living outdoors’ with more than ‘575 sq. ft. of glass’ in a 3-bedroom home. Windsor Park homes were constructed of either Burnt Adobe or “Windsor stone”, in a decidedly mid-century modern flair with large expanses of windows in most rooms. They featured 3-4 bedrooms, double carports or garages, and wide, low-slung angled roofs on large lots (most lots range in size from about 1/4 acre to 1/3 acre).

The streets in Windsor Park were planned with several cul-de-sacs to ensure a quiet neighborhood environment. Windsor Park falls within the TUSD school district. Henry Elementary, Magee Middle, and Sahuaro High are the schools for this area. 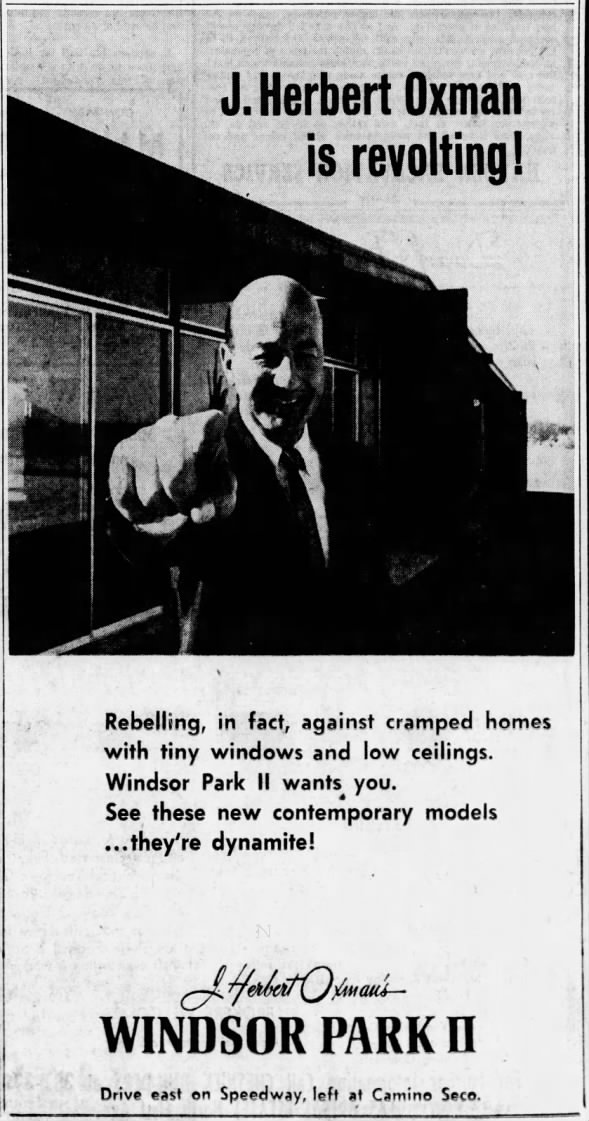 Nick can help you buy or sell a midcentury Tucson home. Are you interested in homes for sale in Windsor Park? Or do you have a home in Windsor Park that you’d like to sell?

Contact Nick to schedule an appointment to see how Nick can help you. Nick@RealTucson.com or 520-975-8956